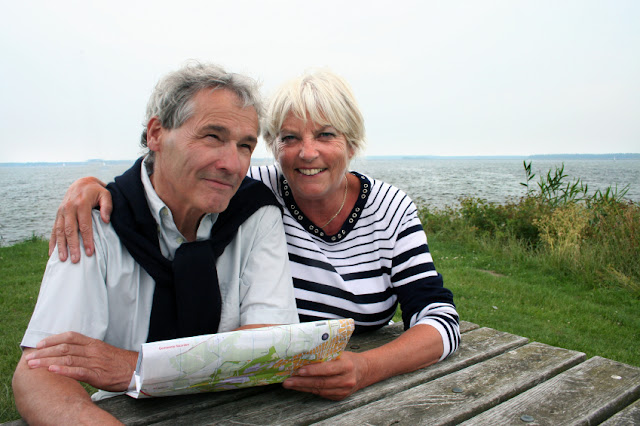 The Coming Middle-Class Anarchy
True story: A retired couple I know, Brian and Ilsa, own a home in the Southwest. It’s a pretty house, right on the manicured golf course of their gated community (they’re crazy about golf).
The only problem is, they bought the house near the top of the market in 2005, and now find themselves underwater.
They’ve never missed a mortgage payment—Brian and Ilsa are the kind upright, not to say uptight 60-ish white semi-upper-middle-class couple who follow every rule, fill out every form, comply with every norm. In short, they are the backbone of America.

Even after the Global Financial Crisis had seriously hurt their retirement nest egg—and therefore their monthly income—and even fully aware that they would probably not live to see their house regain the value it has lost since they bought it, they kept up the mortgage payments. The idea of them strategically defaulting is as absurd as them sprouting wings.

When HAMP—the Home Affordable Modification Program—was unveiled, they applied, because they qualified: Every single one of the conditions applied to them, so there was no question that they would be approved—at least in theory.

It was a months-long struggle—but finally, they were approved for HAMP: Their mortgage period was extended, and the interest rate was lowered. Even though their home was still underwater, and even though they still owed the same principal to their bank, Brian and Ilsa were very happy: Their mortgage payments had gone down by 40%. This was equivalent to about 15% of their retirement income. So of course they were happy.

However, three months later, out of the blue, they got a letter from their bank, Wells Fargo: It said that, after further review, Brian and Ilsa had in fact not qualified for HAMP. Therefore, their mortgage would go back to the old rate. Not only that, they now owed the difference for the three months when they had paid the lowered mortgage—and to add insult to injury, they were assessed a “penalty for non-payment”.

Brian and Ilsa were furious—a fury which soon turned to dour depression: They tried contacting Wells Fargo, to straighten this out. Of course, they were given the run-around once again.

They kept insisting that they qualified—they qualified! But of course, that didn’t help at all—like a football, they were punted around the inner working of the Mortgage Mess, with no answers and no accountability.

Finally, exhausted, Brian and Ilsa sat down, looked at the last letter—which had no signature, and no contact name or number—and wondered what to do.

On television, the news was talking about “robo-signatures” and “foreclosure mills”, and rank illegalities—illegalities which it seemed everyone was getting away with. To top it off, foreclosures have been suspended by the largest of the banks for 90 days—which to Brian and Ilsa meant that people who weren’t paying their mortgages got to live rent free for another quarter, while they were being squeezed out of a stimulus program that had been designed—tailor made—precisely for them.

Brian and Ilsa are salt-of-the-earth people: They put four kids through college, they always paid their taxes. The last time Brian broke the law was in 1998: An illegal U-turn on a suburban street.

“We’ve done everything right, we’ve always paid on time, and this program is supposed to help us,” said Brian. “We follow the rules—but people who bought homes they couldn’t afford get to squat in those McMansions rent free. It would have been smarter if we’d been crooks.”

Brian and Ilsa—the nice upper-middle-class retired couple, who always follow the rules, and never ever break the law—who don’t even cheat on their golf scores—even when they’re playing alone (“Because if you cheat at golf, you’re only cheating yourself”)—have decided to give their bank the middle finger.

They have essentially said, Fuckit.

They haven’t defaulted—not yet. They’re paying the lower mortgage rate. That they’re making payments is because of Brian: He is insisting that they pay something—Ilsa is of the opinion that they should forget about paying the mortgage at all.

“We follow the rules, and look where that’s gotten us?” she says, furious and depressed. “Nowhere. They run us around, like lab rats in a cage. This HAMP business was supposed to help us. I bet the bank went along with the program for three months, so that they could tell the government that they had complied—and when the government got off their backs, they turned around and raised the mortgage back up again!”

“And charged us a penalty,” Brian chimes in. The non-payment penalty was only $84—but it might as well been $84 million, for all the outrage they feel. “A penalty for non-payment!”

Nevertheless, Brian is insisting that they continue paying the mortgage—albeit the lower monthly payment—because he’s still under the atavistic sway of his law-abiding-ness.

But Ilsa is quietly, constantly insisting that they stop paying the mortgage altogether: “Everybody else is doing it—so why shouldn’t we?”

A terrible sentence, when a law-abiding citizen speaks it: Everybody else is doing it—so why don’t we?

Right now, people are having a little hissy-fit over the robo-signing scandal, and the double-booking scandal (where the same mortgage was signed over to two different bonds), and the little fights between junior tranches and senior tranches and the servicer, in the MBS mess.

But none of that shit is important.

Just like the poker player who’s been fleeced by all the other players, and gets one mean attitude once he finally wakes up to the con? I’m betting that more and more of the solid American middle-class will begin saying what Brian and Ilsa said: Fuckit.

Fuck the rules. Fuck playing the game the banksters want you to play. Fuck being the good citizen. Fuck filling out every form, fuck paying every tax. Fuck the government, fuck the banks who own them. Fuck the free-loaders, living rent-free while we pay. Fuck the legal process, a game which only works if you’ve got the money to pay for the parasite lawyers. Fuck being a chump. Fuck being a stooge. Fuck trying to do the right thing—what good does that get you? What good is coming your way?

When the backbone of a country starts thinking that laws and rules are not worth following, it’s just a hop, skip and a jump to anarchy.

TV has given us the illusion that anarchy is people rioting in the streets, smashing car windows and looting every store in sight. But there’s also the polite, quiet, far deadlier anarchy of the core citizenry—the upright citizenry—throwing in the towel and deciding it’s just not worth it anymore.

If a big enough proportion of the populace—not even a majority, just a largish chunk—decides that it’s just not worth following the rules anymore, then that society’s days are numbered: Not even a police-state with an armed Marine at every corner with Shoot-to-Kill orders can stop such middle-class anarchy.

Brian and Ilsa are such anarchists—grey-haired, well-dressed, golf-loving, well-to-do, exceedingly polite anarchists: But anarchists nevertheless. They are not important, or powerful, or influential: They are average—that’s why they’re so deadly: Their numbers are millions. And they are slowly, painfully coming to the conclusion that it’s just not worth it anymore.

Once enough of these J. Crew Anarchists decide they no longer give a fuck, it’s over for America—because they are America.

The Center for Public Integrity has a story, written by Michael Hudson this past August 6, that shines a light on the issue of perverse incentives of the HAMP program. These perverse incentives came to light because of a whistleblower, a former employee of Fannie Mae, filing a lawsuit. Fannie Mae was so keen on being perceived as a money-maker, after the Federal government bailout, that the aid programs passed by the Congress and signed by the President were turned into profit centers.

“It appeared that Fannie Mae officers were focused on maximizing incentive payments available to Fannie Mae under various federal programs – even if this meant wasting taxpayer money and delaying the implementation of high-priority Treasury programs,” she claims in the lawsuit.

Herron alleges that Fannie Mae officials terminated her $200-an-hour consulting work in January because she raised questions about how it was administering the federal government’s push to help homeowners avoid foreclosure, known as the Home Affordable Modification Program, or HAMP.

Herron further alleged that “trial mods” were implemented regardless of eligibility of applicants, so that Fannie Mae would be eligible for Federal government bonuses.

Ms. Herron’s testimony in fact proves Ilsa’s suspicion that there was a scam at bottom. As Mr. Hudson writes, “Herron charges that Fannie Mae continued in headlong pursuit of ‘trial mods’ even though it knew that many had little chance of becoming permanent. [. . .] Fannie preferred doing trials, Herron alleges, because it was eligible to receive incentive payments from the Treasury Department.”

So in the pursuit of these perverse incentives, people who did not qualify for HAMP were enrolled in the program. And when their “trial mods” were up after 90 days, they would be notified that they didn’t qualify—regardless of whether they in fact did qualify, as in the case of Brian and Ilsa.

As of February, 2010, of the over one million homeowners’ mortgages under HAMP auspices, 83% were “trial mods”. One would assume that those 850,000 homeowners would also be assessed an $84 penalty for non-payment.